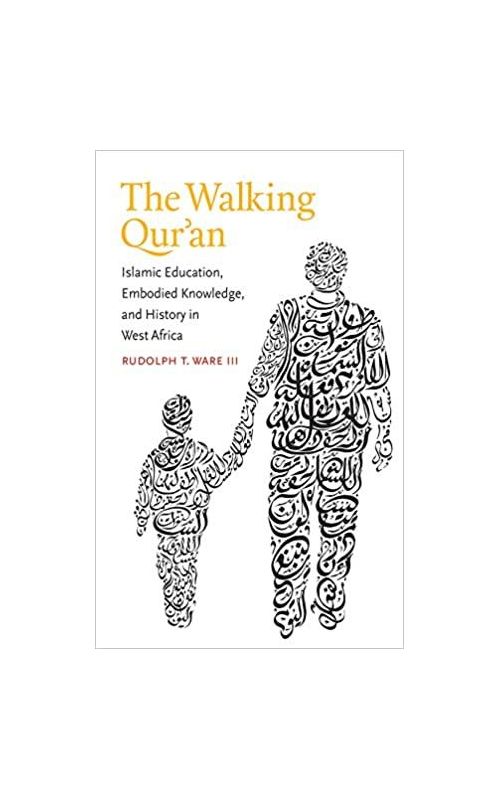 Having recently read a book about Quranic Schools in Northern Nigeria, I was left hungry for a less Western way of presenting the subject matter. I serendipitously laid my hands on this book and knowing that I have read about the author in the past, I didn’t hesitate to devour it.

Following a broad introductory section, the book delves deeply into an interdisciplinary examination of the knowledge philosophy underlying Qur’anic education. This required an in-depth historical ethnography of the institution in modern-day Senegambia, which lays the way for comprehension of the conceptualization and transmission of knowledge. This is an attempt, hopefully a successful one, to draw attention to the unique form of Qur’an instruction that has been practiced in this region from the earliest days of Islam. It also strengthens the case that internalizing texts, even by swallowing them, was crucial to understanding and remembering material. This central concept of the book represents the embodiment and actualization of Islamic knowledge.

Importantly, these early chapters, look at the emergence and long-term evolution of a native West African clerisy. Ware underscores how the primary agents of Islamization in a continent unperturbed by the early Islamic conquests were these African Islamic instructors and thinkers. In order to avoid rulers (and maintain their independence), they established a unique framework for the interactions between political and religious powers. It also emphasizes both moral and political economies of studying and teaching the Qur’an throughout the 18th century focusing on how the growth of the Atlantic slave trade led to the breakup of this model of pious distance from power.

As we near the middle of the book, Ware thoroughly explored into the historical account of the enslavement of ‘huffaz’ in Senegambia from the 1770s until the advent of French colonial rule in the late 19th century. With clerics viewed as embodied exemplars of the Book, such incidents of enslavement were perceived as more than just violations of Islamic law, but as desecrations of the Book of God. The book meticulously illustrates the chronological narrative of Senegambia’s revolts, rebellions, and even revolutions inspired by the enslavement of “the walking Qur’an.” Without going into detail, these historical happenings culminated in the climactic radical movement by African Muslim clerics and their disciples, with a cascade of events leading to the overthrow of hereditary slave-owning kings in 1776, the abolition of both the Atlantic slave trade in the Senegal River Valley, and the slavery institution itself.

These narratives would be lacking crucial context if they did not include the efforts of former slaves and other oppressed groups to use the legal abolition of slavery in the French colonial state to assert their dignity through the dissemination of the Qur’an in the early 20th century. They fought to transform their very selves through Islamic education while doing so from within the epistemology of embodiment and in opposition to regional traditions that stigmatized their bodies because of their social standing. The establishment of mass Sufi organizations and the emergence of new forms of French and Muslim teaching were only two of the many changes in colonial Senegal’s political and educational landscapes that were fueled by this knowledge-sifting process.

This outstanding work profoundly serves as a first step for anyone interested in learning about Qur’anic instruction in West Africa. Significant chunk of detail about Quranic education in West Africa jumps right off the page, you can feel the author’s passion and as he claims, this is the narration from within. The writing style is genuinely simple and engaging and has a very strong sense of atmosphere. It gives you a lot to chew on and is one of those books that it wouldn’t feel right if you didn’t give it the 5 stars that it deserves.