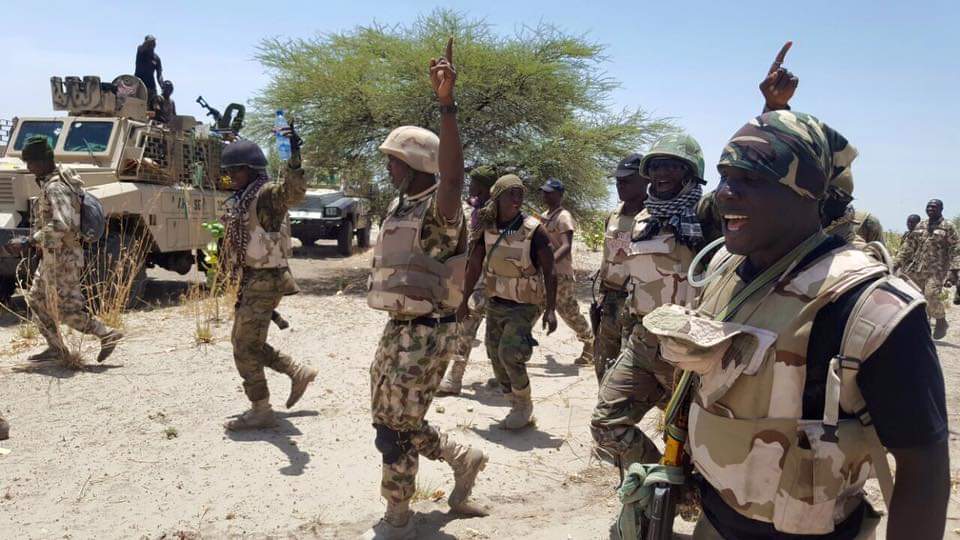 Troops of the Nigerian security forces have killed over 200 Boko Haram terrorists including their five top commanders, in a massive onslaught on the fringes of Sambisa Forest.

The source said that the ground troops had during the raid, stormed a hideout of the terrorists in Gafchari, where they engaged the troops in a gun battle leading to killing of over 30 fighters while others escaped with bullet wounds.

The source explained that the ATF, in another coordination with the ground troops, detailed two Super Tucano to conduct air interdiction missions against the insurgents which resulted in the elimination of additional 70 fighters with many who tried to escape drowned in the river.

According to him, “similar strikes were also undertaken at Sheruri when the combat aircraft attacked another location of fighters deployed to stage an ambush against own ground troops.”

“In Gazuwa, the troops destroyed two vehicles and the home of Abou Ikilima, which used to be a hideout to the insurgents’ leaders. Other makeshift tent and properties belonging to terrorists were also destroyed,” he added.

The source added that two weeks sustained operations that were carried out simultaneously in different locations within the North East Theater of Sambisa Forest, by the troops of Operation Hadin Kai, have completely degraded the capabilities of the insurgents.