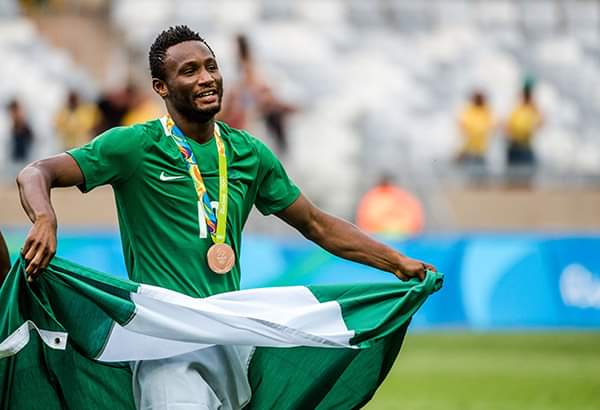 “There is a saying that “all good things must come to an end”, and for my professional football career, that day is today,” the 35-year-old former Chelsea star said on Tuesday.

“I look back at the past 20 years of my career, and I must say that I am very satisfied with all that I was able to achieve and more importantly the human it has helped shape.”

According to the former Super Eagles skipper, his career won’t have come this far without support from coaches, family members, fans, and teammates, among others.

“You supported me through my highs and lows, even on days that I did not live up to your expectations,” Mikel added. “I say a big thank you.”

As for those who may have been inspired by his footballing exploits, the former Lyn Oslo star urged them “to never give up on their dreams, for every time you think about quitting, remind yourself why you started.

“This is not goodbye, it’s the start of another journey, another chapter of my life. I look forward to what the future holds and I hope you will walk with me. Thank you.”

Mikel has played for Al Kuwait SC but his contract was terminated by the club in November last year for undisclosed reasons. He had one year left on his contract.

The Nigerian broke into stardom following a sterling performance for the West Africans at the 2005 World Youth Championship where the country lost to a Lionel Messi-inspired Argentine team. The Paris Saint-Germain star clinched the tournament’s Golden Ball while the former Chelsea player won the silver boot.