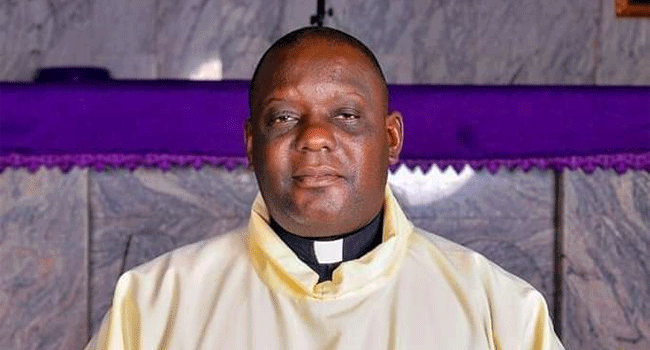 Bandits in Kaduna State killed a Catholic Church Priest in an attack on Saturday.

The priest identified as Vitus Borogo was killed at the Prison Farm, Kujama, along Kaduna-Kachia road, according to the church’s chancellor, Christian Okewu Emmanuel.

Emmanuel said Borogo was killed when “terrorists” invaded the farm.

“It is with a heavy heart, but with total submission to the will of God that we announce the death of Rev. Fr. Vitus Borogo, which sad event took place today, at Prison Farm, Kujama, along Kaduna-Kachia Road, after a raid on the farm by Terrorists.”

“Until his death, Fr Vitus (aged 50) was the Chaplain of the Catholic Community of the Kaduna State Polytechnic, and the Chairman of the Nigerian Catholic Diocesan Priests Association (NCDPA), Kaduna Chapter, ” he said.