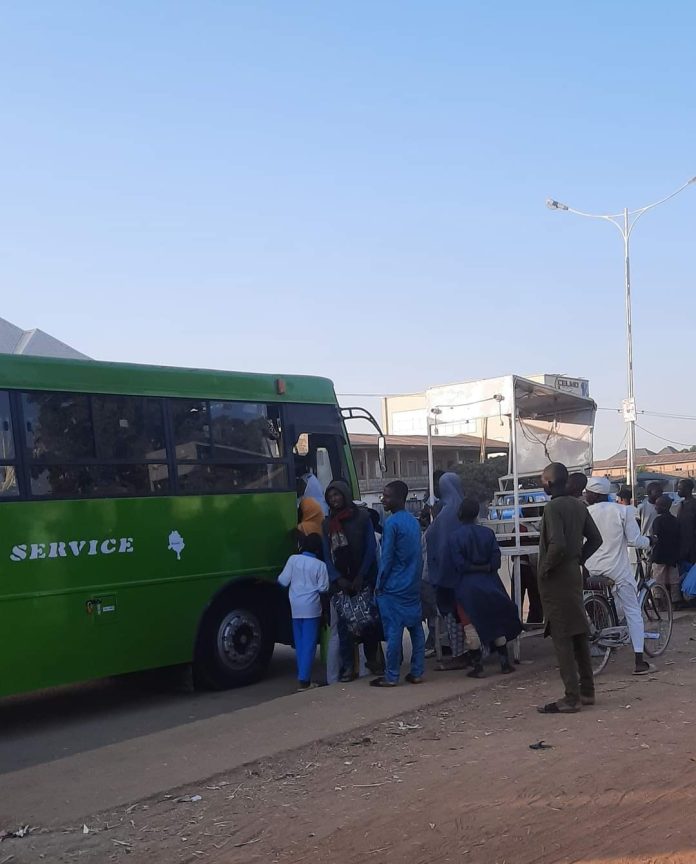 Commuters are complaining of hard times in Kano on Wednesday as the ban on tricycle activities in some major roads of the state commenced.

SAHELIAN TIMES gathered that  that no tricycle was seen on the affected roads in Kano this morning.

Commuters, majority of whom are students, waited in the streets for cabs and the provided mass transit buses by the state government to take over the movement of passengers across the selected routes.

Some commuters in interview with SAHELIAN TIMES  said that in spite of assurances by the state government that measures had been taken to cushion the effect of the ban, the effect was not felt by them.

Hafsat Mahmoud, a level 300 student of Yusuf Maitama Sule University, said the situation had created more hardship for residents living around Jan Bulo and Kabuga, pointing out that  the buses provided by the government to replace the tricycles were not sufficient.

Many residents were stranded along the affected routes of Ahmadu Bello way from Munduawa to Gezawa (Hadejia road) and Tal’udu to Gwarzo road at the time of writing this report.

There was a heavy presence of security personnel enforcing the ban at major road junctions in the state.