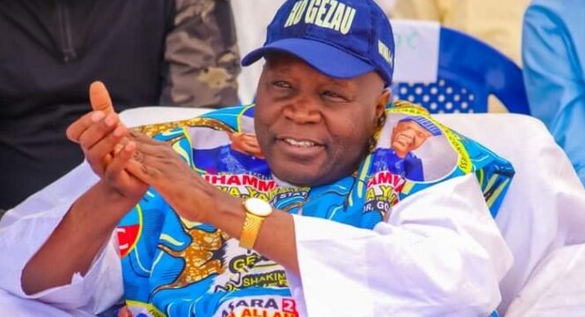 A Federal High Court in Abuja dismissed an application seeking to overturn Governor Mohammed Inuwa Yahaya’s nomination as the All Progressives Congress (APC) candidate for Gombe State in upcoming election.

While ruling on the preliminary objection, Justice Binta Nyako dismissed allegations that the governor provided false information to the Independent National Electoral Commission due to a lack of competence.

The suit, marked FHC/ABJ/CS/1301/2022, was brought before the court by the opposition Peoples Democratic Party and two of its chieftains in the state, Muhammed Jibrin Barde and Timothy Danlele.

Those cited as 1st to 3rd defendants in the matter were the INEC, the APC and Governor Yahaya respectively.

Specifically, Barde and Danlele had, through their lawyer, Johnson Usman, alleged that the governor lied on oath in documents he presented before the INEC.

They said the governor was inconsistent in the depositions he made on oath and therefore ought to be disqualified from participating in the governorship election billed for March 11.

Meanwhile, the APC and the governor, through their lawyer, Marshall Abubakar, filed a preliminary objection challenging the competence of the suit, even as they persuaded the court to dismiss it for want of jurisdiction.

The defendants said the PDP chiefs failed to establish any reasonable cause of action, stressing that the suit had become statute barred since it was not filed within 14 days after INEC published governor Yahaya’s name as a candidate for the election.