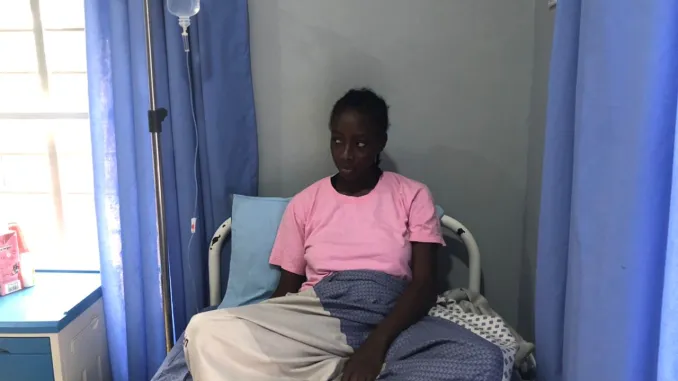 A victim of the Abuja-Kaduna train kidnapping, Lois Azurfa, has denied being forced to marry one of the terrorists’ commanders.

Azura who is the youngest of the 23 recently released victims said that the marriage issue was merely a proposal that she turned down.

Speaking from her hospital bed yesterday, stated that the terrorists’ commander never forced her into accepting the offer.

She mentioned that the terrorists approached a number of the female hostages about marriage, but they all declined.

Lois, who had undergone a blood transfusion and was still in the hospital after their release on Wednesday, said she thought she would never come out of the terrorists’ den alive.

“From the scene of the attack, the terrorists collected our phones. We walked a distance that night before the bikes came. Then, they took us to where we spent that night. We journeyed for four days before we got to where they dropped us, which is their main camp.

“We cook in the morning and in the evening. We eat twice a day. Anytime we are sick, they gave us drugs. The terrorists have medical doctors who come around to provide medical care for us,” she said.

Speaking further, she said “The terrorists instructed us to begin packing our belongings. It took a week of preparation until the final day, when they asked us to move and handed us over to the Presidential Committee.”