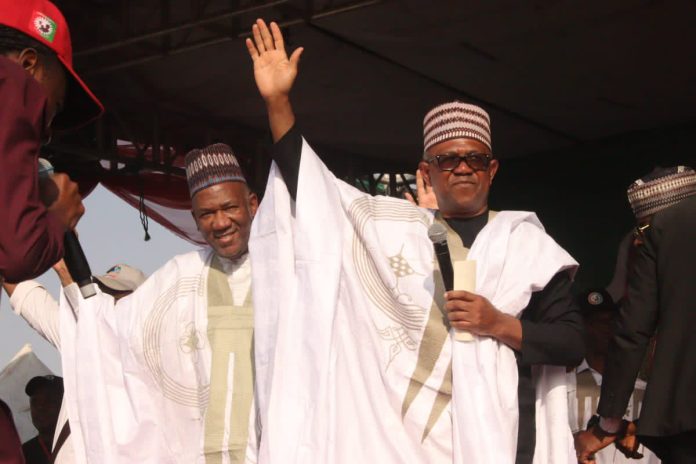 Kano governorship candidate of the Labour Party (LP), Bashir I Bashir and other top leaders of party boycotted the presidential campaign rally of the party’s candidate, Peter Obi, in Kano, on Sunday.

Mr Obi, who arrived in Kano on Sunday for his campaign rally, first attended a Town Hall meeting with his women Support Groups at the Afficent Event Centre, from where proceeded to the Sabongari Stadium for the rally.

A source who preferred anonymity told this newspaper that the gubernatorial candidate decided to shun Mr Obi’s rally due to the alleged unfair treatment meted on him by the Labour Party’s presidential candidate and his council.

Bashir, an ally of Senator Malam Ibrahim Shekarau, has according to the source been very unsettled in the party owing to how he and other leaders have been sidelined from the affairs of the party in Kano by Mr Obi and his vice presidential candidate, Datti Baba-Ahmed.

Daily Nigerian reported on Saturday how the top LP leaders in the state held a crucial meeting on Saturday where they reached a decision to boycott the rally as they are not being carried along in the campaign.

The leaders were also angered by the appointment of Anthony Okafor to head Mr Obi’s campaign rally and mobilise support for him in Kano instead of appointing a Hausa man as mobiliser.

The state chairman of the party, Mohammed Raji, also supported the party leaders’ decision to shun the rally, saying they made the decision in order to protect their dignity and image.

However, when contacted by this paper, a media aide to the LP gubernatorial candidate, Abubakar Salihu Cannavaro denied that his principal shunned the Kano rally over any disagreement, explaining Alhaji Bashir was absent due to another exigence.

“You know he (Bashir) attended a Town Hall meeting with some Kano Elders on Saturday, but he is still trying to sort out an issue with INEC over his candidature and that was what forced him to be away from today’s rally. I can assure you that there is no disagreement between Mr Obi and my principal,” Cannavaro stressed.

Speaking at the Kano Pillars Stadium in Kano during the presidential campaign rally, the former Anambra State governor, promised to return Kano, a bubbling commercial city, to its old glory.

“We want bring back Kano to what Kano used to be. That is what we want to do and we can only do it by pulling you out of poverty. We are not in this business to waste anybody’s time. They have deceived you; they promised you and delivered nothing.”

According to him, Kano was the reference point in his early days as a trader, but he lamented that the industries, garment factories, and trading hubs like Sabon Gari are no longer the same.