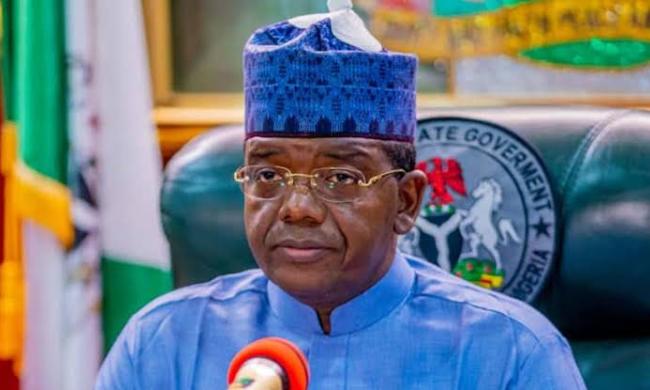 The governor in reaction to a news report carried by some media organisation accusing him of diverting the state funds  through multiple bank transfers and cash withdrawals.

In a statement received by SAHELIAN TIMES, the governor said the media organisation of teeming up with some politicians in the state to smear his name.

” We are now totally convinced that the  medium is a contracted  hatchet jobber. We have no reason to join issues with this publicly discredited medium for publishing these lies against us. We find it necessary, however, to use this medium to debunk all the nonsense they consistently publish against us.

“We are confident that the major reason why the sponsors of these write-ups go to every length and breath to tarnish the image of His Excellency and his administration is because of the glaring and generally acclaimed success of the government in its decisive dealing with the security situation in the state, ” the statement reads.

It could be recalled that, an online news platform had last month named Matawalle as one of three Governors accused by the Economic and Financial Crimes Commission of syphoning state wealth and hoarding same in some of their property in Abuja and elsewhere.

The story alleged that these three Governors were planning to use the illegally acquired money to pay salaries by cash in order to avoid being trapped by the new policy of the Central Bank of Nigeria regarding the introduction of new currecy notes.

As we allowed this to lie down, just yesterday, the same medium published another baseless and unprofessional story accusing His Excellency’s administration of syphoning the wealth of Zamfara people through multiple bank transfers and cash withdrawals. The medium went ahead to mention names, mobile numbers and National Identification numbers of the supposed officers who aided the administration to syphone the alleged monies.

The Governor wrote to the EFCC through his legal Attorney and express his willingness to allow the anti-graft body access into all his private and official property in order to clear his name from, especially, the EFFCC allegation.