Nigeria has enough money, we won’t need to borrow to pay salaries — Kwankwaso 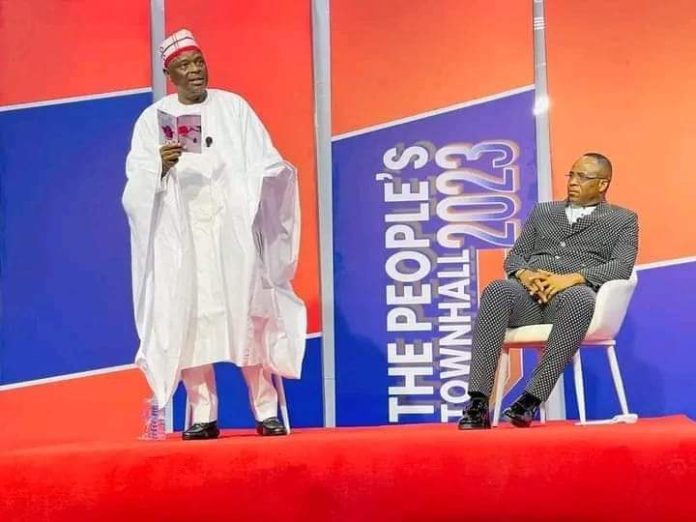 The presidential candidate of the New Nigerian Peoples Party (NNPP), Rabiu Kwankwaso, says Nigeria has enough money to take care of every of its citizens.

He said this while answering questions on indiscriminate borrowing which has set back the country’s economy in recent years during The People’s Townhall 2023, a live programme organised by Channels Television in Abuja on Sunday evening.

The former Kano State governor who said he repaid all debts he met as governor in Kano without borrowing, boasted of replicating same at the federal level.

He said, “There is so much money in this country, anybody who says there is no money either he doesn’t know or he wants to be mischievous. There is enough money to take care of each one of us in this country; we have done it in Kano in 1999 to 2003, we met a lot of debts, we paid the debts after eight years. When I went back I met debts of hundreds of millions of US dollars, and we settled them before I left in 2015.

“I’m talking of borrowing money either from banks or individuals, we have never borrowed. So I believe that that can be replicated to a very large extent at national level. I will not say I will not borrow but if they are important things pay themselves, not to borrow to pay salaries, handle current expenditure and so on, I believe there is even more than enough money in this country to handle that,” he added.

Kwankwaso also said that if elected president he would negotiate with Nigeria’s creditors to reschedule payment of debts so that government can have money to take care of other things.