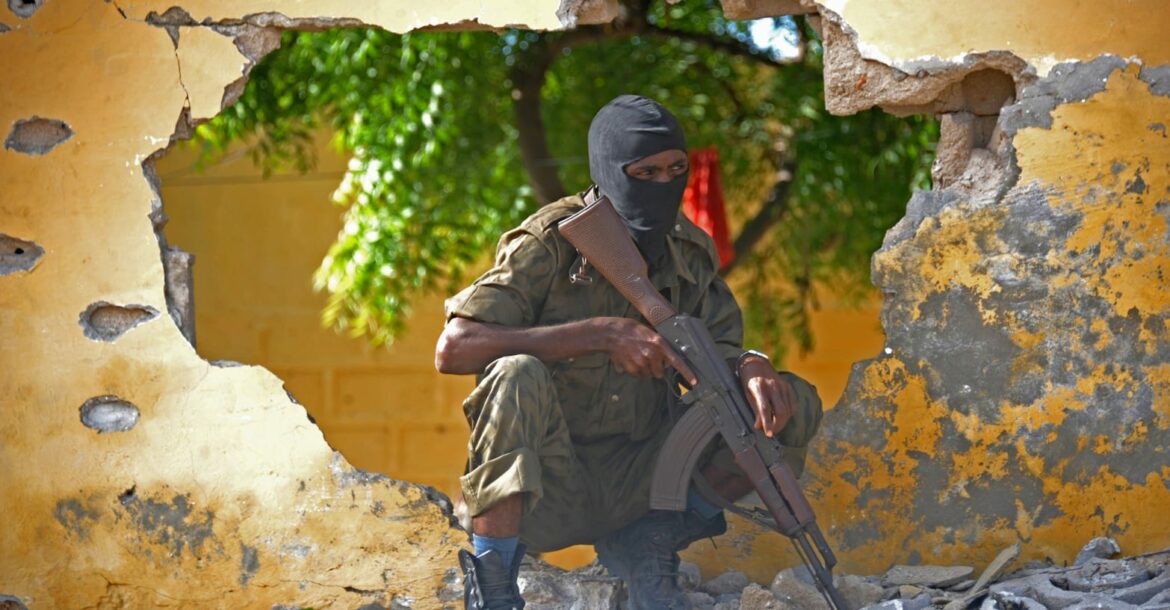 Nine people were killed and 47 wounded Sunday in an attack on a hotel in Kismayo, southern Somalia, claimed by the Al-Shaabab terrorist group, the region’s security minister said.

The port city is the latest to be hit following a recent resurgence of attacks by the Al-Qaeda-linked group, which has mainly targeted the capital Mogadishu and central Somalia.

Sunday’s assault began at 12:45 pm (0945 GMT) when a booby-trapped car rammed the entrance of Hotel Tawakal. It ended around 7:00 pm after the attackers were killed by security forces.

Among the casualties were students leaving a nearby school, Jubaland security minister Yusuf Hussein Osman told reporters. All four attackers, including the suicide bomber, were killed, he added.

“The first one detonated himself and the (remaining) three were killed by the security forces”, he said, confirming an early police statement.

“This is not a government target,” police officer Abdullahi Ismail said. “It is just an ordinary, civilian-frequented hotel.”

Farhan Hassan was outside the hotel when the attack happened. “A suicide bomber drove a vehicle into the entrance of the hotel before the gunmen entered the building,” he said.
Al-Shabaab claimed responsibility for the six-hour attack, saying members of the federal government of Jubaland, where Kismayo is located, were meeting in the hotel at the time.