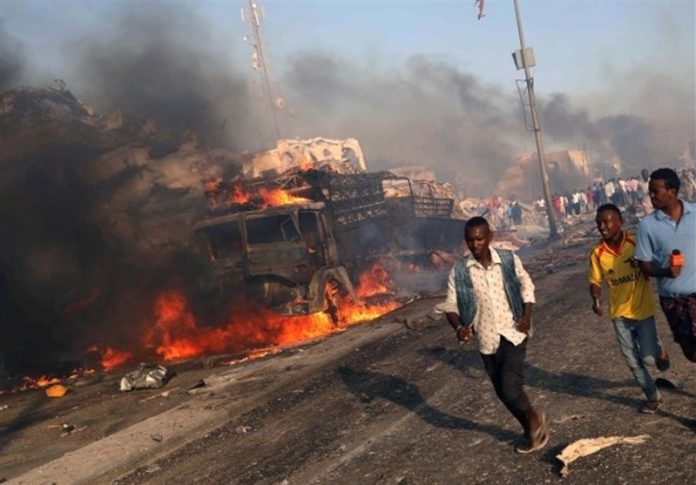 At least nine people were killed and several others wounded in simultaneous car bomb attacks in a town in central Somalia on Wednesday, security officials and witnesses said.

“They have targeted a civilian area and we have confirmed that nine people, all of them civilians, died in the two explosions.”

The attack, blamed on Al-Shabaab terrorists, took place in the Hiran region of central Somalia, where a major offensive was launched last year against the Al-Qaeda-linked group.

“The terrorists, after having (been) defeated, resorted to desperately targeting civilians, but this will not stop the will of the people to continue defeating them,” said Osman Nur, a police commander in Mahas.

“They have killed innocent civilians in the explosions,” he added.

Witnesses said the blasts occurred near a restaurant not far from a district administration building in Mahas.

“I saw the dead bodies of nine civilians including women and children, this was a horrible attack,” said one witness, Adan Hassan.