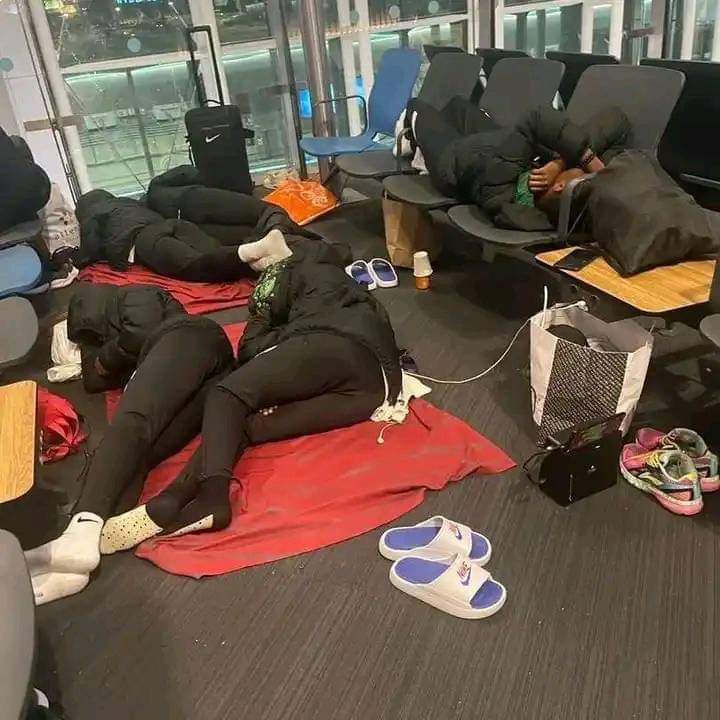 Pictures of Nigeria’s female U-20 national team being stranded at the Istanbul Airport in Turkey have sparked anger on social media.

The football team performed well at the 2022 FIFA World Cup in Costa Rica until Monday when Netherlands eliminated them at Quarter Finals stage.

The Nigerian team was reportedly making it back to the country via a connecting flight to Abuja when they ran into logistical challenges in Turkey.

The young ladies who were gallantly knocked out of the ongoing tournament reportedly paid $50 per day as camp allowance without bonuses or wages. And the Nigeria Football Federation Federation (NFF) didn’t provide footwear for them as it is customary.

The Minister of Youth and Sports Development, Sunday Dare had on Tuesday revealed that the federal government has given the Nigeria Football Federation (NFF) fifteen billion naira (N15bn) since 2015.