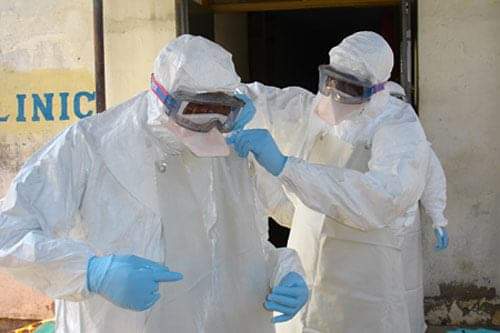 The Ministry of Health in Uganda has declared an outbreak of the Ebola virus disease in the country.

Uganda’s ministry of health announced the outbreak, in a statement published on its verified Twitter handle, on Tuesday.

The ministry said the confirmed case is a 24-year-old resident of Nhabano village of Madudu sub county in Mubende district.

The ministry said the infected resident died of the virus, which is from the Sudan strain.

“The confirmed case is a 24 year old male a resident Ngabano village of Madudu Sub County in Mubende District presented with EVD symptoms and later succumbed,” the ministry wrote.

“The clinical team took off samples for testing at UVRI. Results confirmed that the patient was positive for the Ebola-Sudan strain,” the statement added.

The WHO said there had been seven previous outbreaks of the Ebola Sudan strain, four in Uganda and three in Sudan.

The WHO said vaccination of high-risk people with the Ervebo vaccine had been highly effective in controlling the spread of Ebola in recent outbreaks in the Democratic Republic of the Congo and elsewhere but that this vaccine had only been approved to protect against the Zaire strain.