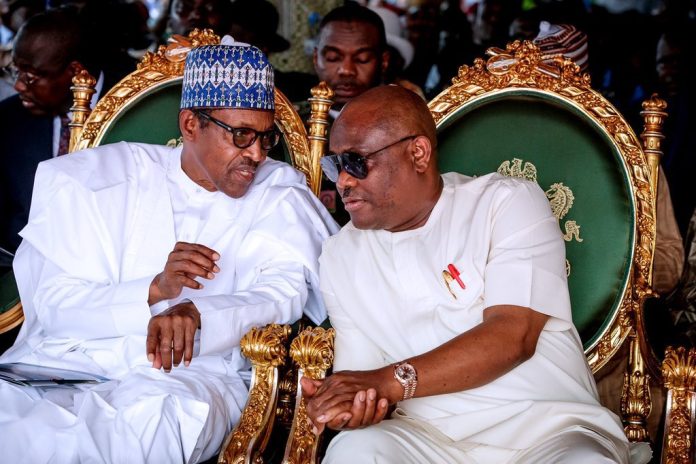 President Muhammadu Buhari has said that the Governor of Rivers State, Nyesom Wike, has immortalised himself.

Buhari on Friday during the inauguration of the Nabo Graham Douglas campus of the Nigerian Law School in Rumueme, Port Harcourt commended Wike for his support of legal education in the country.

Represented by Abubakar Malami, attorney-general of the federation, the president described the new law school as “a grand wonder”, structured to be self-sustaining.

He noted that the project, among several others, is an abiding testament to the commitment of Wike to the promotion of law and development in the state.

“I need not engage in poetic verbosity to properly describe the grand wonder that is being commissioned today,” he said.

“The icing on the cake is the fact that this edifice and its state-of-the-art facilities are structured to be self-sustaining through associated revenue earners, as designed by a man of higher vision who is now fondly referred to as Mr Project.”